Iphone 5S is latest talk of techno world because it was unveiled in front of world yesterday. Apple, the maker of Iphone range smart phones, knows it well that they need help of new technology and innovation to make their smart phones even smarter. With iphone 5s, Apple has tried to launch a highly skillful and secure smart phone. In iphone 5s, Apple has mainly worked on two things, first is highest level of security, and second is more capability of taking best pictures.

This is a smart move by Apple because they know well that smart phones have become good alternative to digital cameras, and large numbers of people now days use their smart phone to capture pictures. Apple has introduced new high performing A7 chip in iphone 5s and 15% larger censor to take more clear and refined pictures per pixel. All pictures taken with iphone 5s 8 MP camera will have more digital information about a picture, and thus will give you a best picture. The new isight technology in iphone 5s also makes it easy for you to take best pictures in low light conditions. 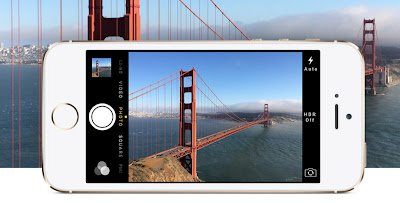 Apple also knows it well that security remain one of main concerns of large numbers of mobile users, and they do not want their important data to land in the hands of others. To solve this problem, Apple has introduced advanced finger print sensor technology in iphone 5s, and it is first of its kind so far. Apple has added touch sensors on home touch button so that it can match your finger prints with stored prints whenever you presses the home button with your finger. Apple says that finger print sensor is very sensitive and it notes even minor details. They further say that with regular use, it become easier and easier for you to use iphone 5s in a highly secure way.

Both of these features are main highlights of iphone 5s, though, we can find many other improvements in this model over iphone 5. Now, we are required to wait for some time to see, how users will take it. Iphone 5s will be available in market across the world in few days, though; this time we do not see same hype for iphone 5s as we have seen for earlier iphones.

Posted by ARVIND KATOCH at 5:51 PM