Why my VGA Monitor didn't work with Apple Mac Mini with HDMI and Thunbderbolt? 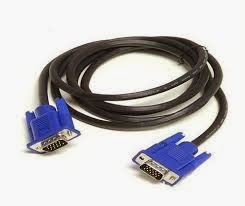 Recently, I bought a Mac mini to work on the Apple development platform. Apple's Mac mini is a small desktop computer which you need to join with an external monitor to get display. I do have an old LED monitor with only VGA input. I Mac Mini which I bought has only HDMI and thunderbolt ports to attach to external monitors.

This whole situation made me very frustrated because I was not able to find a solution. Then I thought that HDMI port of my MAC MINI may not be working, but when i joined it to my LED TV through the HDMI port of mini to HDMI port of TV through an HDMI cable then it worked very fine.

Instead of trying new convertor, I decided to sell my old VGA monitor and buy a new monitor which support both DVI and HDMI options. I bought Benq GW2255 monitor with VGA, DVI and HDMI input options. Now I use an HDMI cable to attach Benq monitor to my Mac mini which works very fine.
Posted by ARVIND KATOCH at 12:19 PM